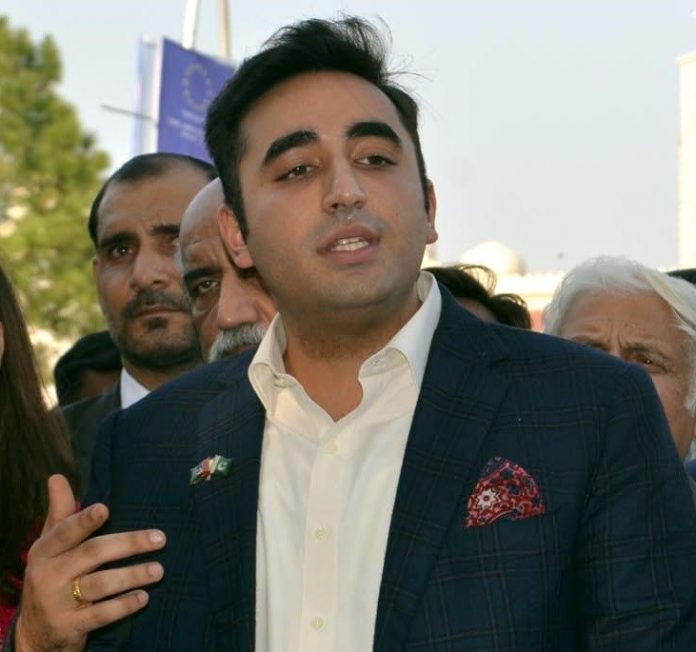 LAHORE: Pakistan Peoples Party Chairperson Bilawal Bhutto-Zardari on Thursday condemned the release of five terrorists arrested over their involvement in assassination of former prime minister Benazir Bhutto.
Talking to media outside Services Hospital in Lahore, Bilawal said the case of Benazir’s murder was not his personal issue, it mattered to the entire country as she was the first female prime minister of Pakistan and an international leader.
“We had submitted a request when the five terrorists were acquitted,” Bilawal said. “Even DNA tests carried out at a laboratory abroad proved their involvement in the assassination, despite that bail was granted.”
The PPP leader said such a move did not send a positive message across.
The Rawalpindi bench of Lahore High Court granted bail to the five suspected members of a banned outfit, who had been arrested over gun and bomb attack on Benazir after her election rally in Liaquat Bagh on December 27, 2007.
Bilawal also spoke about the clashes that erupted between workers of his party and those belonging to Pakistan Tehreek-e-Insaf in Karachi.
“We have been condemning such attacks since day one. “All our opponents are humans first and then politicians, such attacks should not take place,” he said. “We all should come together against politics of hatred, be it lawmakers in the treasury benches or in the opposition.”