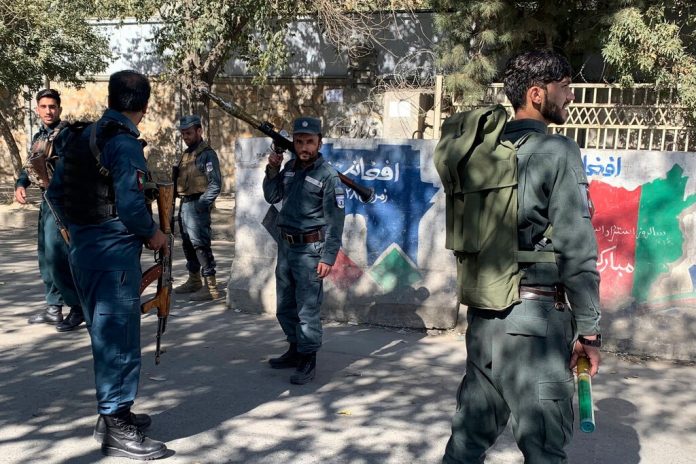 At least 25 people were killed and 22 other wounded when gunmen stormed Kabul University in a 6-hours-long assault that witnessed students left in pools of blood in their classrooms, Khyber News reported. The attack in Afghanistan’s capital on Monday, is claimed by the the Islamic State of Iraq and Levant (ISIL, ISIS) group.

It was also the second time in less than two weeks that an educational institution was targeted in the capital. Survivors described horrific scenes following the incident that unfolded around 11am (0530 GMT) when a suicide bomber blew himself up inside the campus. Two gunmen then started shooting, officials said, sending hundreds of students fleeing and scrambling over perimeter walls. President Ashraf Ghani called the attack “despicable act of terror” and announced a national day of mourning to honour the victims. Kabul police spokesman Ferdaws Faramerz told the media that most of those killed were students. Afghan media reported the book exhibition was being attended by several dignitaries at the time of the shooting. Violence has plagued Afghanistan while government and Taliban negotiators have been meeting in Qatar to try to broker a peace deal that would allow the United States to withdraw its troops and end its longest war.