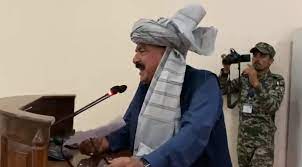 The interior minister also inaugurated the first passport office in Miranshah, where he was also briefed on issues faced by the area. He also promised the provision of two mobile vans of NADRA, so that people in far-flung areas could also benefit from the facility.

“We will be establishing passport offices in Angoor Adda and other areas of North Waziristan,” he said locals would be recruited in the passport and NADRA offices besides also giving priority to women in the recruitment drive.

Later talking to tribal elders of North Waziristan, Sheikh Rasheed said that people of the tribal areas have fought Pakistan’s war and the entire nation was proud of them.

The interior minister said that internet services have been provided in South Waziristan and in the ongoing year, people in North Waziristan would also be able to benefit from it.