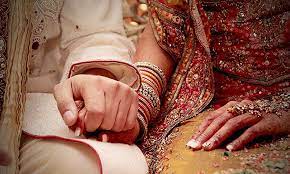 The Khyber Pakhtunkhwa Assembly has passed a resolution to protect women in Chitral from fake marriages.

It was presented in the assembly by Special Assistant to Chief Minister on Minority Affairs Wazirzadad and was later approved by the provincial government.

According to the resolution, a man who wishes to marry a woman from Chitral will have to submit his personal information and character certificate to the local police. These documents will then be verified and shared with senior police officials and elders of the families. Once they approve it, only then a man will be given permission.

Wazirdada told the media that the new resolution will prevent illicit and fraudulent marriages in Chitral. “If a marriage takes place with pure intentions, it’s the most beautiful relationship.” Unfortunately, people who visit Chitral try to take advantage of the poverty in the city through these fake marriages, he said. “The resolution obliges parents to refrain from marrying their daughters without confirmation from the police and area elders.

The special assistant revealed that 20% of marriages in the city are fake and end up in divorce. “The outsiders also include old-aged men who marry Chitrali women.” But this will hopefully come to an end now with the help of the police, Wazirdada added.

Talking about the Kalash Marriage Act, he said that the bill has been prepared and will be presented in the assembly after Eid.