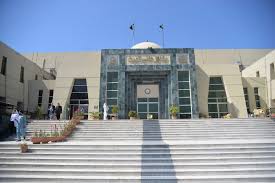 After hearing a slew of petitions by residents against the Peshawar BRT project, the PHC ordered the Federal Investigation Agency (FIA) to initiate a probe. Residents had claimed that the bus route was creating nuisance on the roads and its concrete structures were affecting the privacy of their homes.

The KP government claimed in its complaint that the Supreme Court had stopped NAB from conducting a probe into the project by issuing a stay order.

After stopping NAB from investigating the project, the case cannot be reopened, claimed the KP government. It said that the PHC’s act of directing the FIA to investigate the case and present a report on it was unlawful.

The court in its judgment instructed the FIA to submit its findings within 45 days, and to also take action against officers involved.

Work on the 27 kilometer Bus Rapid Transit (BRT) began in 2017, under the Pakistan Tehreek-e-Insaf (PTI) government. The project envisioned to provide a public transportation corridor, running east to west, to the city of nearly two million.

In its order, the court called the PTI government “vision-less” for concentrating the money loan from the Asian Development Bank (ADB) in just one project, the BRT, in one city.

It further noted that no in-depth feasibility study was undertaken before embarking on the mammoth project, to determine its economic, financial and technical viability, “which is why the design has been repeatedly changed,” stated the judgment.

The project was to be completed in six months, due to a political announcement by the provincial government. This lead to the project being designed in haste and created many errors, Justice Seth wrote.