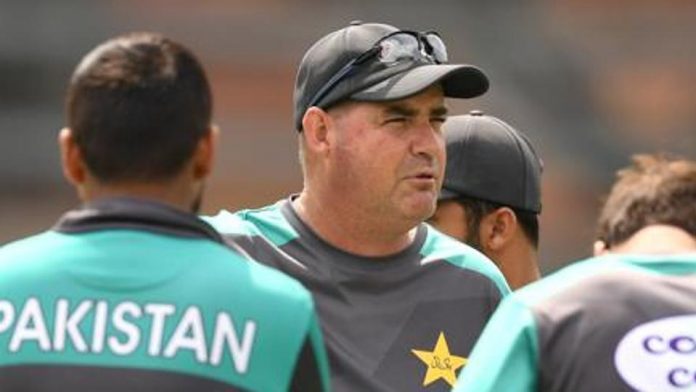 BRISTOL: Pakistan have been touted as a team to watch out for at the ICC Men’s Cricket World Cup 2019, thanks to their fine form in English conditions as well as their unpredictability, but Mickey Arthur, their coach, says that’s doing the team a disservice.
Pakistan pushed England hard in the second one-day international of their five-match series on Saturday, 11 May, eventually losing by 12 runs in Southampton. Pakistan also made England earn their victory in the one-off Twenty20 International before that.
There have been plenty suggesting Pakistan will be the dark horses of the premier event over the next few months because the side are considered unpredictable – Pakistan surprised many with their surge to the ICC Champions Trophy 2017 title, in which they beat India by 180 runs.
However, that is a tag Arthur isn’t too happy with. “Unpredictable – that’s a word that us as coaching staff hate,” Arthur said in a chat with batting coach Grant Flower and Grant Luden, the strength and conditioning coach, in a video posted by PCB.
“You read all the previews now, they say Pakistan are going to be in the top four because of their unpredictability. I say no. Pakistan are going to be in the top four because of the work we’ve put in, in their skills.”
Pakistan headed into the England tour on the back of a 5-0 mauling in the United Arab Emirates by Australia. However, that was an under-strength XI, and with their full team restored, Pakistan have looked in fine fettle in England.
“We’ve got their good and bad a lot closer together, because we’re playing a more consistent brand of cricket,” Arthur said. “We’re training well, we’re going through their routines well, there’s a structure. And with structure and clarity comes less of that unpredictability tag. We know that on our day we can beat anybody, it’s us finding that little key ingredient that makes our players believe.”
There is also significant spirit in the squad, with the PCB’s slogan ‘We have, we will’ playing its part in bringing them together. “The PCB have put together this fantastic slogan – We have, we will,” said Arthur. “We have won, we have shown success, we tend to rise to the big occasion, and we will.”
Pakistan begin their World Cup campaign against West Indies on 31 May in Nottingham.