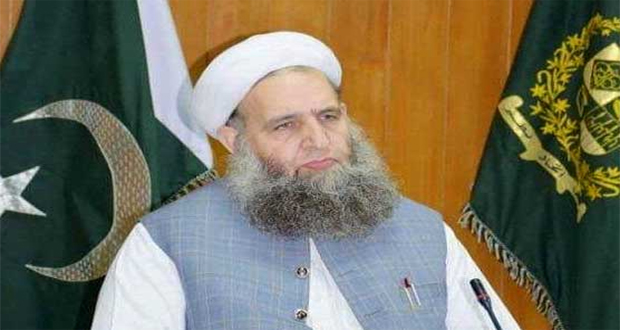 PESHAWAR: Minister for Religious Affairs and Interfaith Harmony Noorul Haq Qadri on Friday said only those people who have resources should perform Hajj.
Talking to media in Peshawar, The minister said more than one hundred eighty-four thousand Pakistanis will go on Hajj this year. He said Hajj expenditures increase every year due to hike in prices.
It is to be mentioned here that as per new policy, the Hajj expenses for southern areas will be Rs4,26,000 which was Rs2,70,000 last year.
Besides this Rs1,56,000 raise has been made in the Hajj expenses for people living in northern areas taking it to a total of Rs4,36,000 from Rs2,80,000.
Finance Ministry adopted stance that the economic situation does not allow to provide the subsidy while Religious Affairs Ministry maintained that Council of Islamic Ideology (CII) has already ruled in favor of subsidy.
Finance Ministry told that Rs8.15 billion will have to be given as subsidy under government Hajj Scheme and if provided under private scheme, the financial burden will rise to Rs14 billion.
Information Minister Chaudhary Fawad Hussain while briefing media about important decisions of the cabinet told that under the new policy direct Hajj flights will also be launched from Quetta for the first time.
“The intending pilgrims will be provided biometric system facility at local level to expedite the processing of Hajj applications. About 1, 84, 000 aspiring Pakistani pilgrims will have the opportunity to perform Hajj this year,” the minister asserted.
He informed that a quota of 10,000 pilgrims has been reserved for elderly citizens while another portion of 500 pilgrims has been fixed for low income group.