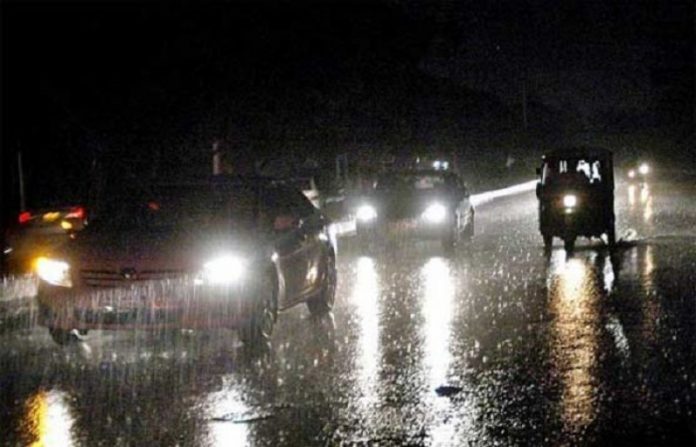 LAHORE: At least six people reportedly died in rain related incidents in Lahore as rain continued to wreak havoc across Punjab.
Four people were electrocuted due to heavy winds and rains in Rewaz Garden, China Scheme area and Qurtaba Chowk.
The deceased included Rewaz Garden employees Amanat and Shazaib, while motorcyclist Akber was electrocuted at Qurtaba Chowk after coming in contact with live electrical wires.
Two other people died when roof of a warehouse collapsed in Gumti bazaar area of the city owing to the heavy downpour.
Meanwhile, several areas of Lahore have inundated due to heavy rain.
The total amount of rain recorded was 170 millimeters in the city.
Over 215 LESCO feeders also tripped due to heavy rain, resulting in power outage in various areas.