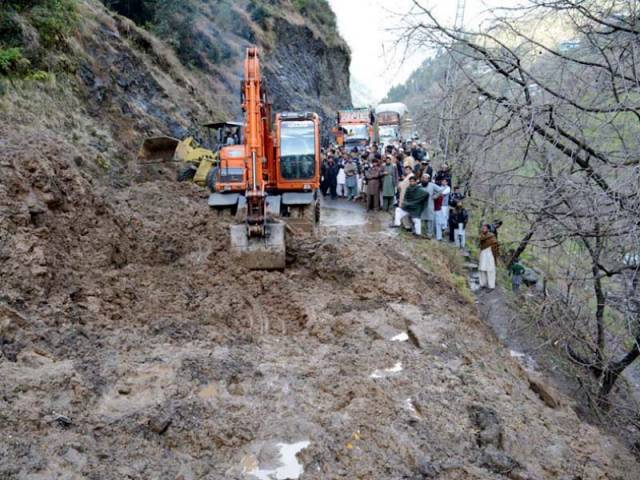 KOHISTAN: At least three labourer died and six others buried under the debris of land sliding at Darail Thomach in Kohistan district.
Ten labours were digging on a construction site when suddenly a nearby hill started falling and all the labour buried under the debris of the landslide all of a sudden, police sources said.
Police and local have immediately recovered a critically injured labour and three dead bodies while they are still searching for six other labours under the debris.
The dead bodies were identified as Muhammad Yaseen, Abu Zar and Nazeer while the injured labour was Abdul Sameeh.
In the absence of heavy machinery, police and locals are facing difficulties during the search operation, but they have continued their efforts. …APP