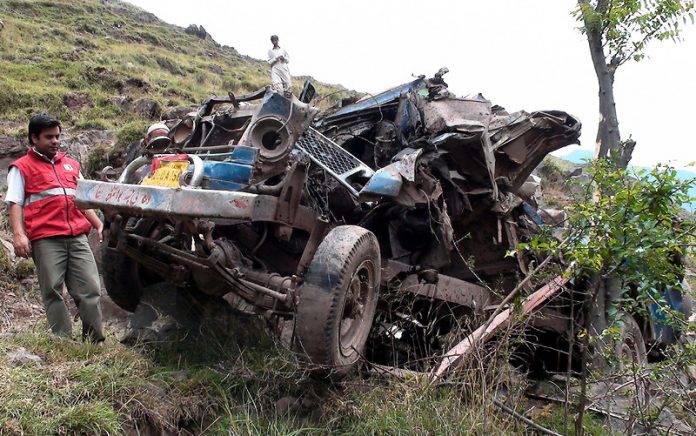 KOHISTAN: At least three people of a same family died on Wednesday when a passenger jeep fell into a deep gorge at Mandraza Matta, Kohistan.
According to the police sources, the jeep plunged into the thousands feet deep gorge when its driver lost his control over the vehicle resulting three persons including two sons and father died on the spot.
Owing to the difficult terrain and thousands of feet deep gorge the locals and police could recover the body of only one person Sidique while search operation for the other two is still in progress.
The ill-fated dead passengers were identified as Mansoob Khan engineer father and his two sons Siddique Ahmed and Atta ur Rehman resident of Jalkot Kohistan.