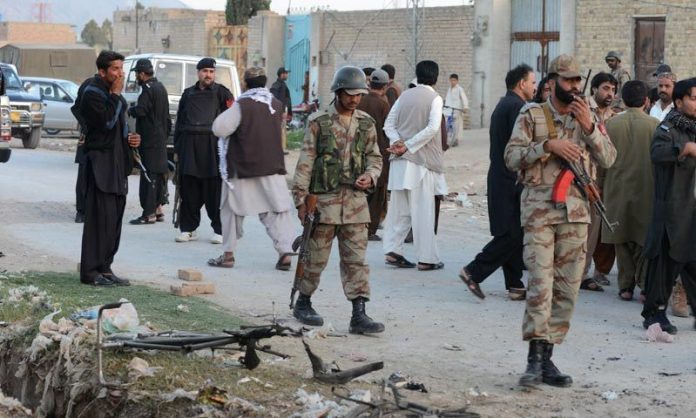 QUETTA: Three soldiers of the Frontier Corps were martyred and another was injured in an attack at a check-post in a coalmine filed area of Margat in Bolan district, officials said on Sunday.

They said the incident took place on Saturday evening, some 70km east of Quetta. Unidentified attackers opened fire at the Khalid check-post of Frontier Corps with automatic weapons. As a result, three personnel lost their lives and another suffered injuries Sources said the FC personnel immediately returned the fire. However, the attackers managed to escape.

The FC troops cordoned off the area after the incident and launched a search operation in the nearby mountainous areas. However, no arrest was reported till late into night. The bodies and the injured soldier were brought to a hospital. The deceased were identified as Lance Naik Hussain Shah, Sepoy Noman and Sepoy Faisal.