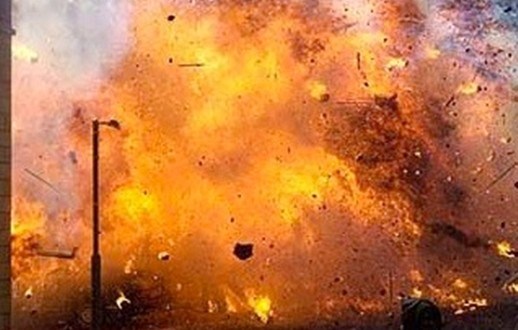 PESHAWAR: Three people including a government official sustained injuries in a blast on Ring Road in Peshawar on Friday morning.
According to media reports, a motorcycle containing the explosive material was completely destroyed after the explosion.
The explosion occurred near a government vehicle carrying Deputy Director of Provincial Disaster Management Authority (PDMA) Muhammad Shakeel.
The vehicle’s driver and passersby were also wounded in the incident.
Rescue services and law enforcement agencies including the army rushed to the site and kicked off investigations.