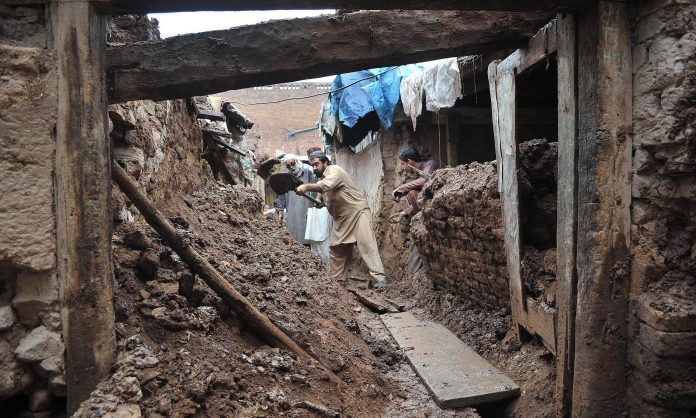 TIMERGARA: Three people were injured when four houses collapsed and several vehicles were washed away as heavy rain triggered a flash flood in Kalakot area of Upper Dir here on Saturday.
The injured have been shifted to a Peshawar hospital after receiving initial medical treatment in Upper Dir.
Several tourists have also been stranded in Kumrat after closure of the main Dir-Kumrat road due to a flash flood.
The floodwater also damaged a portion of the Dir-Kumrat road as long queues of vehicles, carrying passengers and tourists were stranded on both sides of the road at Kalakot.
The road was cleared and opened for tourists after 19 hours.
The Provincial Disaster Management Authority has issued a warning of flash floods in several areas, including Upper Dir, during the monsoon season.
The flash flood also damaged standing crops and fruit orchards.