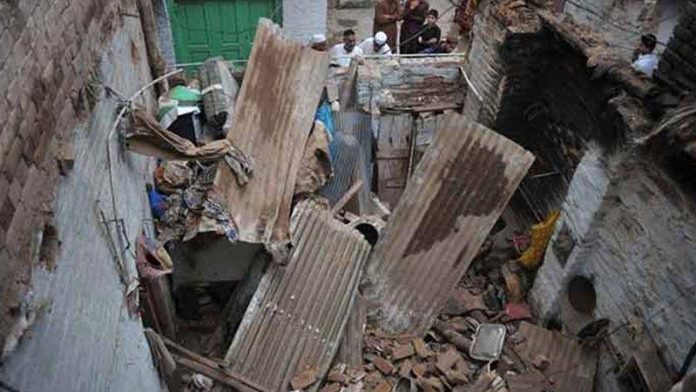 MARDAN: At least three people were killed and four others wounded in a roof collapse incident in Mardan district on Monday.

The roof of the house collapsed due to heavy rains in the area.

According to details, roof of a dilapidated house located at Madde Baba area caved, burying seven persons under the debris.

Locals and Rescue teams reached the spot after getting information and retrieved three dead bodies of a woman from the rubble while four persons were pulled out in injured condition.

As per rescue officials, the injured are in critical condition.