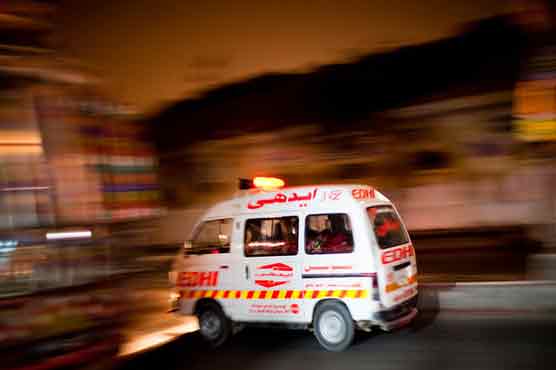 KARACHI: Three people were killed and three others injured in different firing incidents in Karachi.
In Gulistan Jauhar, three people were injured as unknown people opened fire. They were shifted to a nearby hospital but one of them, Murtaza, died during the treatment. Shahid and Ahsaan, the students of Karachi University got injured in the incident.
In North Karachi, a policeman died in a similar incident. He was identified as Rizwan, who was posted in Additional Inspector General (AIG) office.
In Orangi Town sector 5, a person was injured in a firing incident whereas a person was killed in Baldia Ittehad Town. According to Senior Superintendent Police (SSP) West, the person who was killed, was a robber and his companion ran away.
Sindh Chief Minister (CM) Murad Ali Shah took notice of the incident and asked Inspector General (IG) police for report. He also directed police to do a crackdown against those who are responsible.