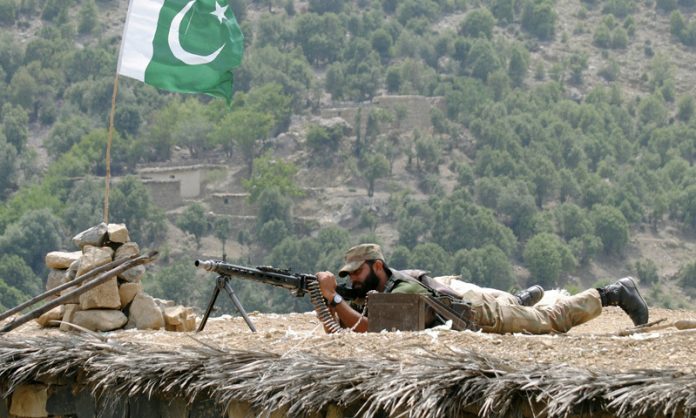 PESHAWAR: At least three Pakistanis were martyred and seven others were injured in cross-border firing from Afghanistan in Bajaur tribal district of Khyber Pakhtunkhwa here on Friday.
According to the initial reports, three Pakistani nationals were martyred in the firing from Afghanistan, while seven others including two security forces personnel sustained injuries.
The injured were rushed to a nearby hospital for medical assistance.