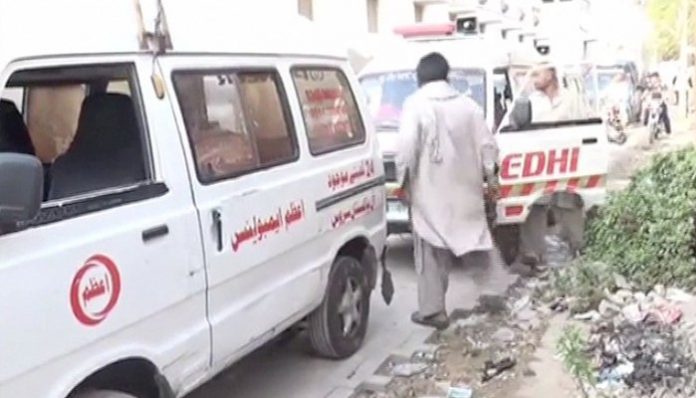 SUKKUR: Gunmen on Sunday killed three people in Gaddani Phatak area of Sukkur.
According to preliminary reports, armed men barged into a house and shot dead three people including two women.
Police said the dead were identified as Sadiq Gaddani his five and one the couple’s relatives.
The police said the incident appeared to be a result of old enmity.
The police said after recording statements of the family of the deceased, raids were being conducted to arrest the killers.
The bodies were shifted to Civil Hospital for postmortem.