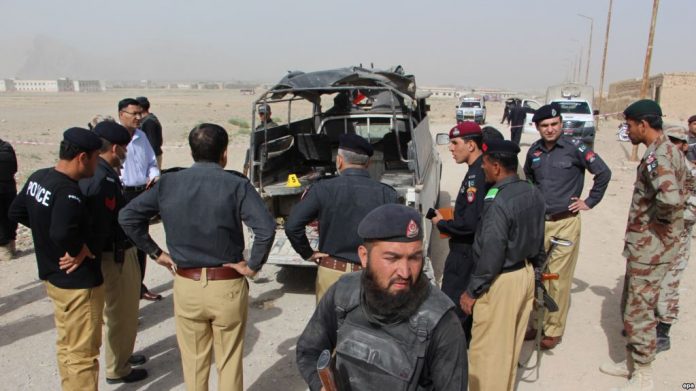 QUETTA: At least six people including three policemen were injured when an explosive device targeting police vehicle went off in Balochistan’s Naseerabad district here on Saturday.
The injured were rushed to District Headquarters Hospital Dera Murad Jamali, the administrative headquarters of Naseerabad district. An emergency was imposed in the hospital to treat the injured.
The vehicle was hit in the Manjo Shori area of Naseerabad district while it was on routine patrol, local police said. The sound of the explosion resonated far, triggering panic in the area.
Police and personnel of other law enforcement agencies have cordoned off the blast site and an investigation into the incident is currently underway.