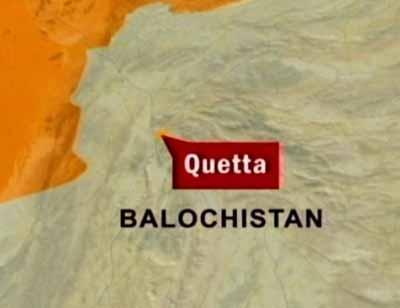 QUETTA: Two assailants were shot dead on a motorcycle Wednesday shot dead three welders at a shop  here on Wednesday.
Two assailants on a motorcycle shot dead three welders at a shop and fled, senior police official Abdul Razzaq Cheema told a foreign news agency.
He said it appeared to be an “ethnic” killing as the victims were from Punjab.
Aitzaz Goraya, another senior police official confirmed the shooting and casualties.
According to police the killing took place at Quetta’s Sirki Road adding that all the victims received multiple bullets.
The dead bodies were shifted to Civil Hospital Quetta for postmortem. Traffic was suspended and shopkeepers pulled down their shutters after the attack.
Meanwhile, in a separate incident, militants opened fire at a Levies check post in Pishin district, killing a Levies constable. The slain official was deployed at Badizai check post in Pishin.
The assailants managed to escape unhurt from the site in this incident as well.
There was no immediate claim of responsibility for the attacks.