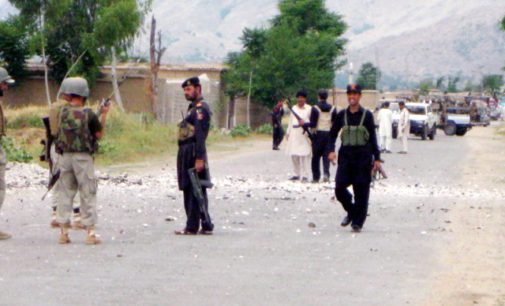 KHAR: Three Levies personnel were injured in an improvised explosive device (IED) blast targeting a polio team in Bajaur Agency’s Khar district on Tuesday, officials said.
Officials in the political administration said the team was targeted while administering polio drops to children in the area.
The wounded were shifted to District Headquarters Hospital for treatment, the officials added.
Fieldworkers and security forces involved in anti-polio drives in the Federally Administered Tribal Areas and Khyber Pakhtunkhwa have often been targeted by militants.