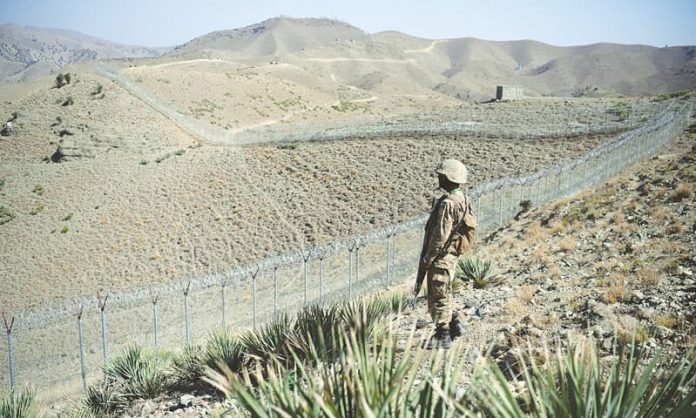 RAWALPINDI— At least three Pakistan Army soldiers have been killed in a terrorists attack inside from Afghanistan in Dewagar area of North Waziristan, military’s media wing Inter-services Public Relations (ISPR) has said.

The terrorists crossed the border from Afghanistan opened fire on Pakistani troops who responded befittingly and inflicted heavy casualties on the terrorists.

The martyred soldiers include 30-year-old Hawaldar Taimur from Jehlum, 38 -year-old Naik Shoaib from Attock and 24 -year-old Sepoy Saqib from Sialkot.

Pakistan has condemned the use of Afghanistan’s territory for launching attacks in Pakistan. “We hope that the Afghan government will not allow such incidents to take place in the future,” said ISPR.

The Pakistan Army is determined to defend Pakistan’s borders against the menace of terrorism and such sacrifices of our brave men further strengthen our resolve, the statement added.

The cross border attacks in Pakistani troop on the Pakistan-Afghanistan border have increased in recent days.

Last week, seven soldiers embraced martyrdom in a terrorists attack on a military convoy near the Pakistan and Afghanistan border in Isham are of North Waziristan.
On March 25, four soldiers embraced martyrdom in an attack by terrorists who tried to enter Pakistan by cutting the border fence in Hassan Khel area of North Waziristan.

It had said that security forces had retaliated by thwarting the attack and the fleeing attackers were chased in the nearby mountains where the exchange of fire took place.