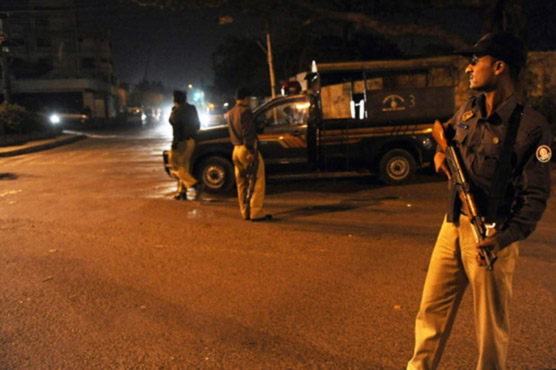 KARACHI: Three terrorists were killed in an alleged exchange of fire with law enforcers in Khuda Baksh Goth near Super Highway at Northern Bypass in Karachi late on Sunday.
Police and intelligence agencies, on a tip-off, conducted an operation in Khuda Baksh Goth where exchange of fire took place with the militants. In retaliation, three terrorists were killed, while taking advantage of the darkness, two of their accomplices managed to escape.
The police claimed to have recovered a suicide jacket, hand grenades and large quantity of arms from their possession.
Sources in police said that the terrorists were planning to carry out sabotage activities in Karachi.