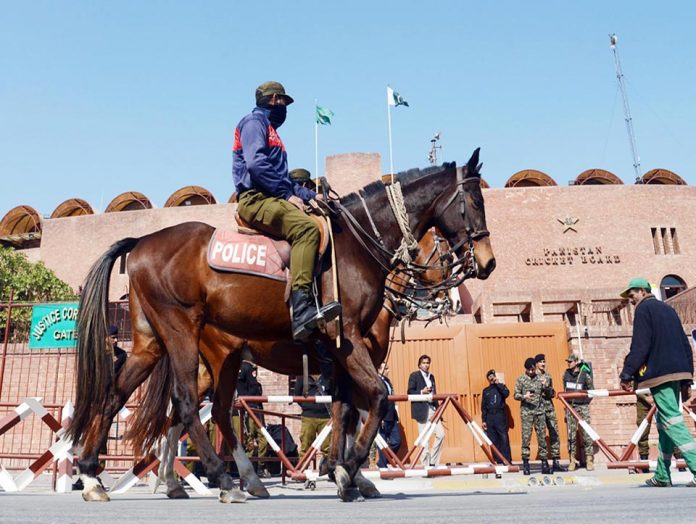 LAHORE: Strict security arrangements have been ensured for Twenty20 International (T20I) series between Pakistan and Bangladesh, scheduled to begin at the Gaddafi Stadium Lahore on Friday (today).
According to details, ten thousand security personnel have been deployed around the stadium. DIG Operations Lahore Rai Babar Saeed told that seventeen SPs, 48 DSPs, 134 inspectors and 592 subordinate officers are performing duties.
Search and sweep operations have been conducted around the teams’ hotel, route and the stadium. Snipers are deployed on buildings and all activities are being monitored through CCTV cameras.
Dolphin Force, Elite Force and Police Response Unit (PRU) squads are continuously patrolling. Officials of Pakistan Army and Rangers are performing duties and aerial monitoring is being conducted.
Rai Babar Saeed maintained that foolproof security is being provided to the players as well as the spectators, and stressed that it will be the foremost priority of the officials to keep the traffic running.
Nine parking places have been opened for the spectators and they are being moved to the Gaddafi Stadium via shuttle service. The DIG Operations has urged the citizens to cooperate with the security personnel.
Pakistan and Bangladesh will play second and third T20Is on Saturday and Monday following today’s encounter at the same venue.