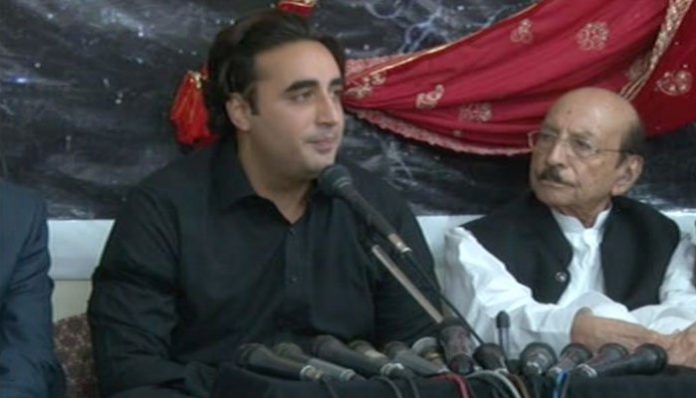 QUETTA: Pakistan Peoples Party (PPP) chairman Bilawal Bhutto Zardari on Tuesday said that its time get united against extremism and jointly fight the extremist mindset.
Talking to media in Quetta after meeting the families of those martyred in the Hazarganji blast, Bilwal said that he wants the “powers in the country to mainstream victims of terrorism, not banned organisations.” “No one can fight extremism alone but we have to decide for the future. We need to fight this extremist mindset. When we ask for justice we are called an enemy of the state. When I speak against banned organisations, I’m branded an enemy of the state,” he added.
Bilawal said it is unfortunate that even after so much blood has flown, the state cannot decide if it is with the martyrs or the terrorists.
“The government has to decide. For how long will they continue with their double standards?” he asked.
“Are we the enemy of the state or are those banned organisations that are killing our children?” Bilawal questioned.
He added that he has a message for the “powers” in the country that if they want to mainstream anyone, it should be the victims of terrorism, not banned outfits.
Bilawal further said he is also the son of a martyr and that he will not sit quietly until he has rid the country of terrorism. “My entire political career will be for eradicating terrorism so that we can live peacefully in this country.”
“We have to fight terrorism together and we have to protect the oppressed,” he added.