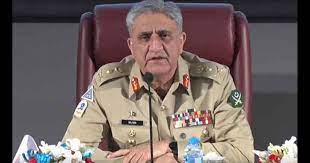 ISLAMABAD: Top military officials will brief a meeting of the Parliamentary Committee on National Security (PNSC) comprising members of the National Assembly (NA) and Senate on the current national security issues today (Monday).

Moved by Minister for Law and Justice Muhammad Farogh Naseem, the National Assembly passed a motion in its sitting on November 5, to allow the use of the chamber of the National Assembly on November 8, for a briefing to the Parliamentary Committee on National Security. During the meeting, the top military brass will brief legislators about the overall affairs of national security.

The four provincial chief ministers, Azad Jammu and Kashmir (AJK) president and prime minister and the chief minister of Gilgit-Baltistan have also been invited to the meeting. All the members of the National Assembly’s Standing Committee on Defence will also attend the meeting.