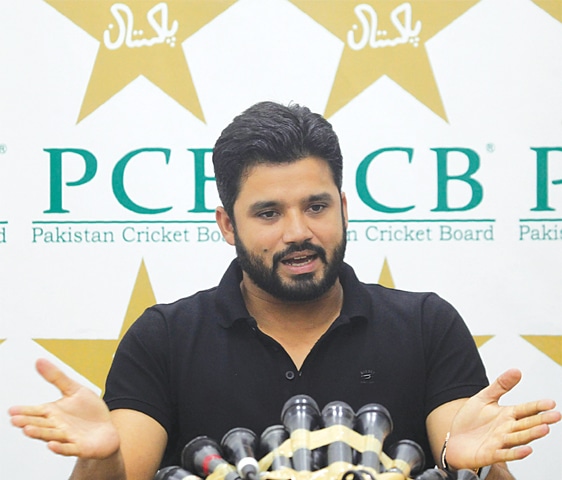 LAHORE: Newly appointed Pakistan Test cricket team captain Azhar Ali on Friday said that it is an honour for him to lead the national Test team.
Addressing a press conference in Lahore on Friday, he said that he wanted to thank former captain Sarfraz Ahmed, the way he led the team is commendable.
Azhar Ali said that Sarfraz Ahmed will have his complete support, adding that the time teaches a lot.
He went on to say that the next 4 or 5 years are very important for him, adding that becoming captain of the Test team is an honour for him and Test championship is a challenge for him.
“Our top most priority is to improve our Test ranking,” Azhar said and added winning matches are important for both team and captain.