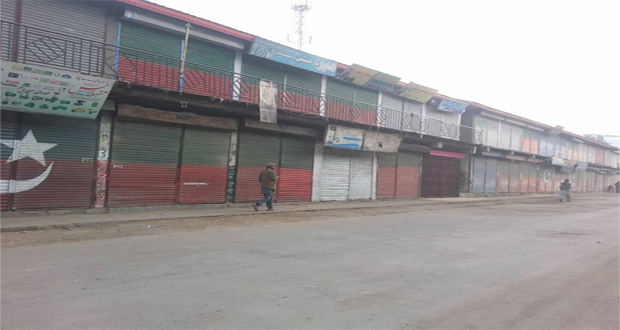 GILGIT-BALTISTAN: The shutter-down strike here in all four districts against the imposition of federal taxes in entered seventh day, on Wednesday.
The strike was called by the Central Association for Traders and Awami Action Committee on December 21.
Imposition of levies without accepting the constitutional rights of the region is unacceptable, said leaders of the business community.
A caravan comprising of hundreds of cars left for Gilgit to participate in the protest against the levies.
Rallies from four districts of the region – Ghanche, Skardu, Shigar, and Kharmang will likely to participate in the ongoing protest in Gilgit.
“The protest will continue till the government resolves this issue,” said President of the Traders Association of Skardu Ghulam Hussain Athar.