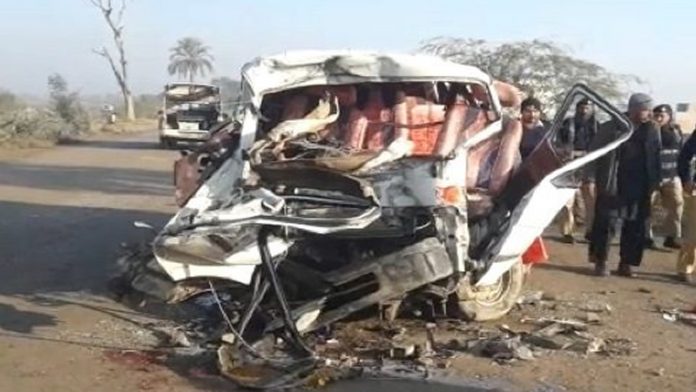 QUETTA: Three children and two women among 11 poeple were killed after a passenger van collided with a truck on National Highway near Mastung on Tuesday.
According to details, nine people also sustained injuries in the incident. They have been shifted to DHQ Mastung and Shaheed Nawab Ghous Bakhsh Raisani Memorial Hospital.
The passenger van was travelling from Karachi to Quetta.
The accident occurred after the van skidded as the road. The road became slippery following heavy rains in Balochistan.