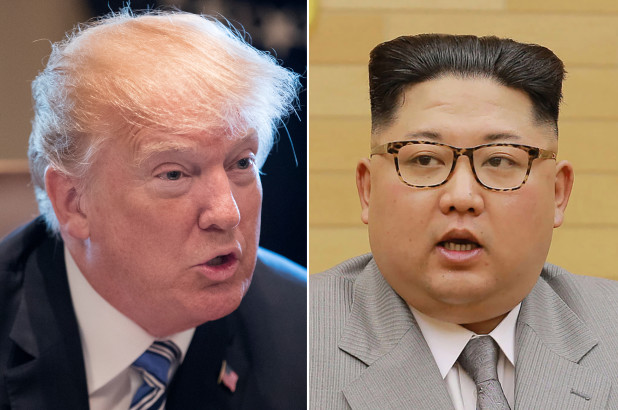 WASHINGTON: US President Donald Trump on Friday welcomed North Korea’s response to his decision to call off a high-stakes summit next month, after Kim Jong Un’s regime said it was still willing to talk “at any time.”
“Very good news to receive the warm and productive statement from North Korea,” Trump tweeted, a day after his shock move to cancel the talks. “We will soon see where it will lead, hopefully to long and enduring prosperity and peace. Only time (and talent) will tell!”
In a personal letter to Kim, Trump announced Thursday he would not go ahead with the June 12 summit in Singapore, following what the White House called a “trail of broken promises” by the North.
Trump blamed “open hostility” from the North Korean regime for his decision to call off the planned talks with Kim Jong Un, and warned Pyongyang against committing any “foolish or reckless acts.”
But Pyongyang’s reaction to the sudden U-turn has so far been conciliatory.
First Vice Foreign Minister Kim Kye Gwan called Trump’s decision “unexpected” and “regrettable.” But he left the door open for talks, saying officials were willing “to sit face-to-face at any time.”
Just before Trump announced the cancellation of the meeting, North Korea declared it had “completely” dismantled its nuclear test site in the country’s far northeast, in a carefully choreographed goodwill gesture ahead of the summit.
But the chances of success for the unprecedented face-to-face had recently been thrown into doubt as threats were traded by both sides.
Trump’s announcement came a day after Pyongyang hardened its rhetoric, calling comments by Vice President Mike Pence “ignorant and stupid.”
The decision blindsided treaty ally South Korea, which until now had brokered a remarkable detente between Washington and Pyongyang.
China, Pyongyang’s sole major ally, urged the two foes to “show goodwill,” while UN Secretary-General Antonio Guterres called on the parties to keep talking, as did host Singapore, and Russia’s President Vladimir Putin held out hope the talks would eventually take place.
Politically, Trump had invested heavily in the success of the planned summit. But as the date drew nearer, the gulf in expectations between the two sides became apparent.
Washington has made it clear it wants to see the “complete, verifiable and irreversible denuclearization” of the North.
But Pyongyang has vowed to never give up its nuclear deterrent until no longer threatened by what it calls US aggression. – APP