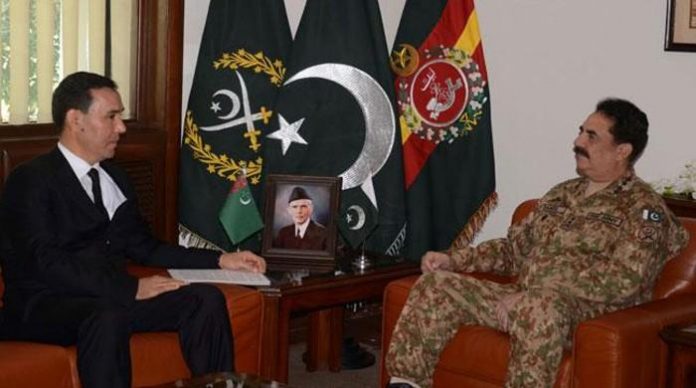 RAWALPINDI: The Minister of Defence and Secretary National Security Council of Turkmenistan, Colonel General Yaylym Yagmyrovich Berdiyev called on Chief of Army Staff (COAS) General Raheel Shairf at the GHQ on Thursday.
Regional security situation and matters of mutual professional interest were discussed during the meeting.
Earlier upon arrival, Turkmenistan’s Defence Minister laid a floral wreath at the Yadgar-e-Shuhuda after being presented with the guard of honour by a contingent of the Pakistan Army.