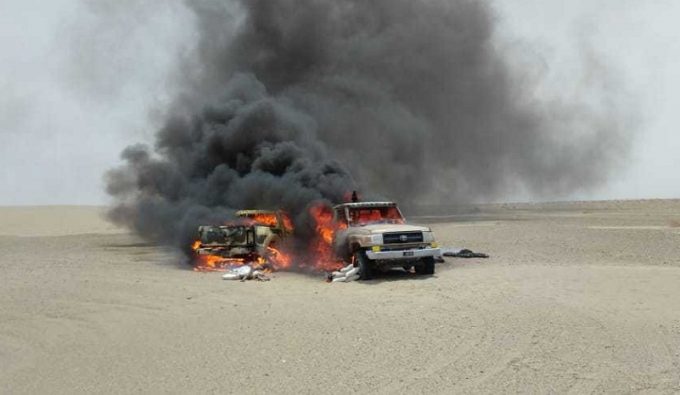 QUETTA: Two personnel of the Anti-Narcotics Force were killed after their convoy came under attack by smugglers in Balochistan’s Mashkel area, the ANF said in a statement.
The ANF team was on its way back after seizing two vehicles loaded with drugs from near the Pakistan-Iran border, when it was ambushed by the miscreants.
An exchange of fire ensued between the sides, during which the miscreants even fired rocket-propelled grenades at the ANF convoy, according to the statement.
The martyred ANF personnel were identified as constables Ameer Nawaz and Kamran. Six other ANF men were injured in the gunfight who were shifted to a hospital.
The attackers managed a clean get away from the site.