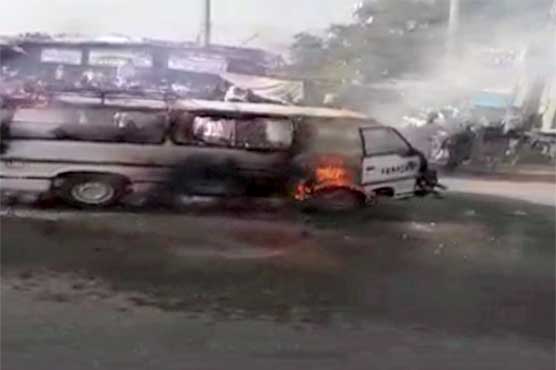 OKARA: Two children were killed while nine others sustained severe burns as passenger van caught fire in Okara today (Saturday).
According to details, the fire erupted in the van due to short circuit. Rescue 1122 and two fire tenders immediately arrived at the scene and extinguished the blaze.
The deceased minors were identified as Ahmed and Hammad.
The injured were also shifted to the district quarters hospital for medical assistance.