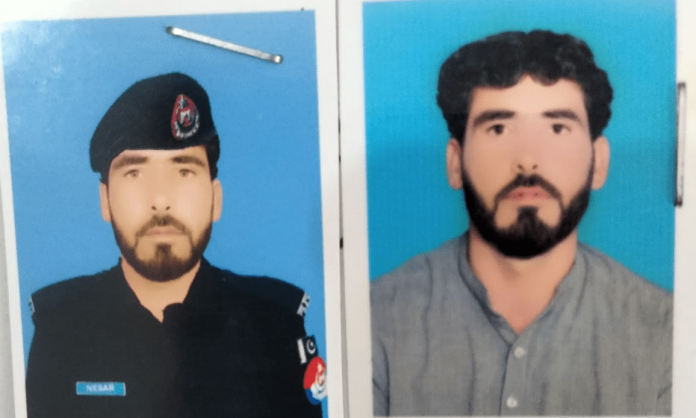 TANK: Two cops protecting a polio vaccination team in Tank district of Khyber Pakhtunkhwa were killed unidentified armed men on Tuesday. This is the latest loss of life in the ongoing fight to end the polio disease.

The only remaining polioendemic countries are Pakistan and its neighbour Afghanistan, but Islamic extremists have been attacking vaccination teams in both countries for years.

Senior officer Waqar Ahmad Khan told a foreign news agency that two gunmen hiding near a tiny water channel started fire on the policeman from a very close range.” After firing on two-members of polio vaccination team, the attackers droved off the area on a motorcycle.
The unfortunate incident took place in Tank district’s Kot Azam, close to tribal areas where the military has fought insurgents since 2003.

Scores of polio workers and security officials guarding them have been killed since 2012 by militants who claim vaccination programmes are part of a Western plot to sterilise Muslims.
Another conspiracy theory holds that the vaccines contain pig fat and are therefore banned by Muslims.

Islamist’s opposition to inoculation campaigns grew after the CIA organized a fake vaccination drive to help track down Al-Qaeda’s former leader Osama bin Laden in the Pakistani city of Abbottabad.

In April, Pakistan reported the first case of polio in 15 months.

Since then, 14 polio more cases have been reported – all from the same ultra-conservative district where many villagers are against vaccines.

The United States reported its first case of polio in almost a decade in July, while Britain said last week that around one million children in London will be offered a booster vaccine after the virus was detected in sewage samples.