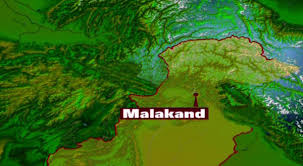 MALAKAND: Two FC official were killed and two other injured when their vehicle hit a tree on Gerneli Road between Thana and Chakdara Bridge check post in Malakand here on Thursday.
According to details, the security forces vehicle was on its way from Thana Degree College to Batkhela when the vehicle collided with a tree near Chakdara Bridge check post. Two security officials were killed and two sustained injuries in the accident. The injured personnel were shifted to CMH Mardan for treatment.