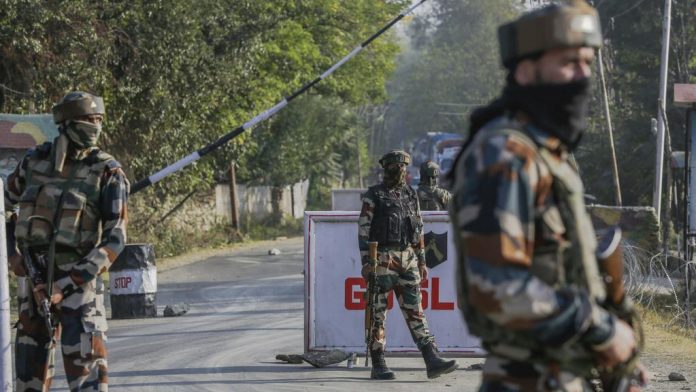 SRINAGAR: Gunmen stormed an Indian army camp early Saturday in Occupied Kashmir state, killing at least two army officers and wounding seven people, a senior police official said.
The police officer, who asked not to be named, said three or four gunmen had launched the attack.
At least two junior commissioned officers were killed, the officer said, and two women and two children – relatives of army personnel – were among seven injured in the fighting.
S.D. Singh Jamwal, the inspector general of police, said that at about 4:55 am, a guard noticed suspicious movement before gunfire on his bunker.
As of noon, fighting was still ongoing, said Jamwal.
The site was cordoned off and surrounded by police and army units called in as reinforcements.
“The fire was retaliated. The number of militants isn´t known,” he said.
“They´ve been cornered in one of the family quarters.”