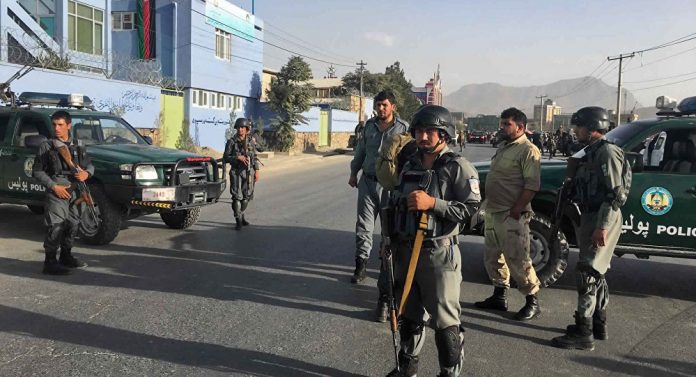 KABUL: At least two people were killed and 10 others sustained injuries in an explosion outside entrance to Kabul university in the Afghan capital here on Friday, officials said.
Health ministry spokesman Wahid Mayar said two bodies and 10 injured people had been taken to hospital after the blast. No militant group has yet claimed responsibility.
At least 11 people were killed and scores more wounded Thursday when the Taliban attacked a police headquarters in the southern city of Kandahar, officials and the insurgents said.
The assault comes amid a series of peace talks between Washington and the Taliban that both sides say are making progress but which, so far, ave yielded no reduction in violence in the gruelling Afghan conflict. …Agencies