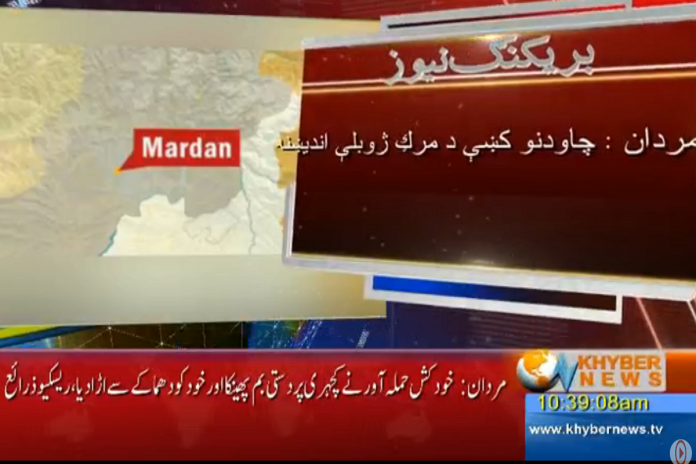 MARDAN: At two people were killed and 18 people were injured in a suicide bombing at the main gate of district kachahri of Mardan on Friday.
District Police Officer (DPO) confirmed that it was a suicide blast. He said that suicide bomber blew up himself at the main gate of Kachahri when he failed to enter to the Kachahri.
The injured people were being rushed to the District Mardan Hospital and Mardan Complex where emergency has been declared already.
The police and security forces rushed the blast site and collecting evidence from the site.