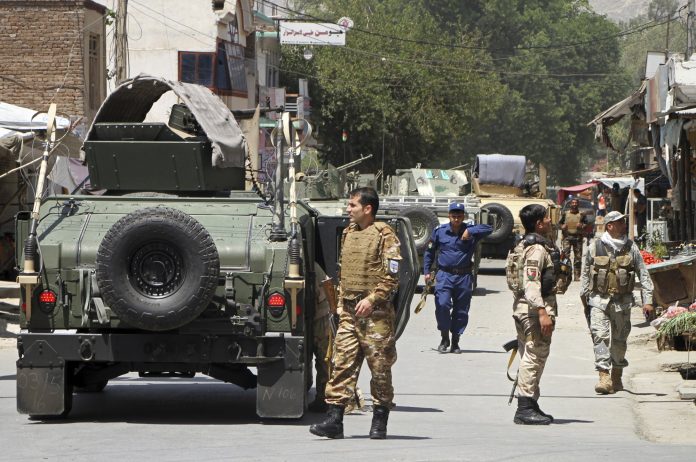 JALALABAD: At least two peoole were killed and five others wounded as a roadside bomb hit a police vehicle in Jalalabad, the capital of eastern Nangarhar province, on Monday morning, officials said.
Nasrat Rahimi, deputy spokesman for the Ministry of Interior (MoI), told Afghan news agency the blast targeted the police vehicle in limits of the 3rd police district at around 7:00an.
Meanwhile, the Nangarhar governor’s spokesman, Attaullah Khogyani, confirmed the incident. He said a police officer was killed and six others civilians were wounded.
The wounded were in stable condition, he added. There was no immediate claim of responsibility for the bombing. …Agencies