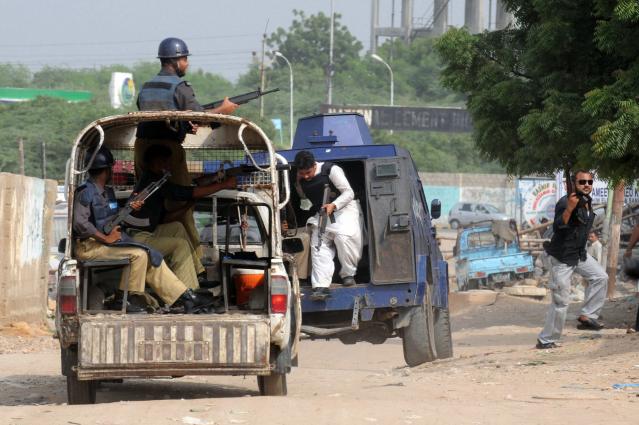 KARACHI: Two people including a policeman were killed when some unidentified miscreants opened gunfire in Karachi area of Korangi in Friday’s wee hours.
During the last two hours, at least two people have been gunned down and four others wounded in different areas of the metropolis.
The deceased police was identified as Zafar. Their bodies havd been shifted to Jinnah Hospital.
Meantime, a man sustained injuries in a firing incident on Pakistan Chowk. A policeman was injured in a firing incident in Hawks Bay Road area, raising the tally of injured people during the last two hours, to four.

According to Rescue sources, a man was injured in a firing incident in Lyari’s area of Mewa Shah.