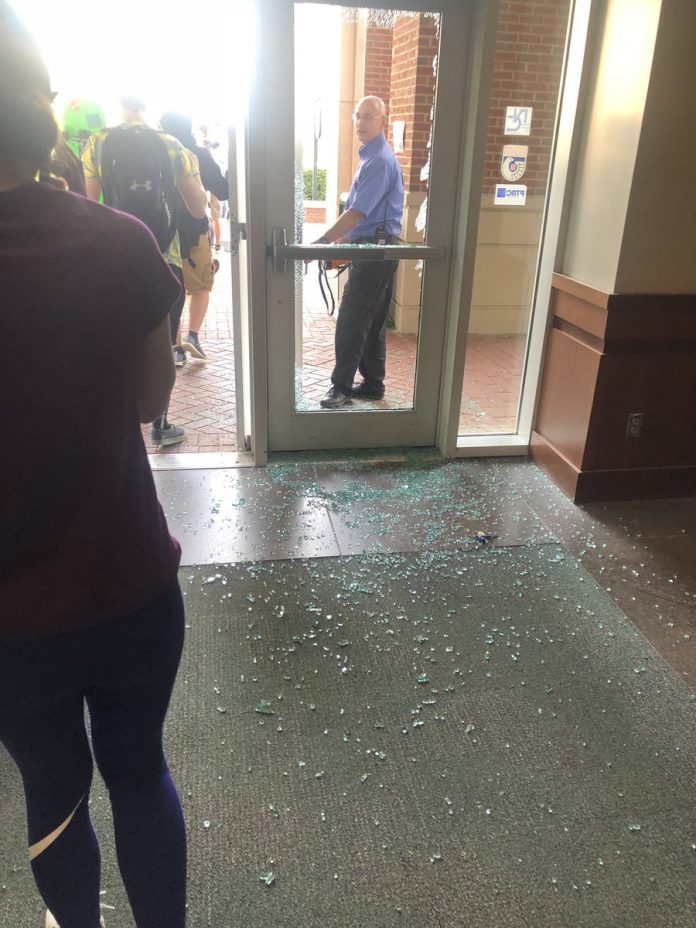 CAROLINA: Two people were killed and several injured in a shooting at the University of North Carolina´s Charlotte campus on Tuesday , staff and local media reported.
At least four people were injured in firing incident, who were shifted to nearby medical facility. Two of them were reportedly being treated for life-threatening injuries. One person has been taken into custody.
While the law enforces were sweeping the affected buildings, the university tweeted.
Video, posted to twitter by a student, shows people fleeing a campus library as police sprinted toward the building.
“Campus lockdown continues. Remain in a safe location,” the emergency office said. police were “sweeping buildings” and calling on students to follow officers’ instructions.
Another image posted on Twitter shows a door where the glass is all over the floor inside a building.