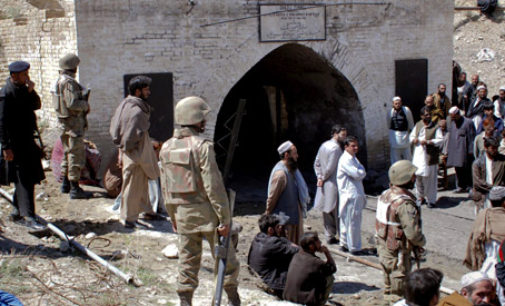 QUETTA: At least two miners were killed and 13 others were trapped after a gas explosion inside a coal mine in Sanjdi area some 30 kilometres from Quetta on Sunday night.
Rescue teams, FC Balochistan and Levies personnel reached the spot and launched rescue operation. Rescue sources said that 15 miners were working in the mine at the depth of 3,500 feet at the time of explosion. Rescue teams have retrieved bodies of two miners so far and search for others is ongoing.
Caretaker chief minister for Balochistan, Alauddin Marri, has expressed his grief sadness over the loss of precious lives in the incident. He has also asked the authorities concerned to expedite rescue operation.