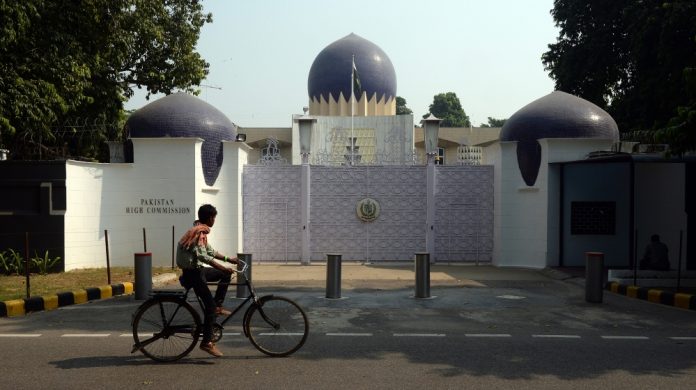 NEW DELHI: Two officials of the Pakistan High Commission in New Delhi have been ordered to leave the country within 24 hours after they were declared “persona non grata”.
The Foreign Office has strongly condemned India s move to expel Pakistani diplomats from India, calling it “undesirable”.
Foreign Office spokesperson Aisha Farooqui strongly condemned the move, saying it was part of anti-Pakistan propaganda in the Indian media.
She said that Pakistani officials in New Delhi were abducted on false charges, tortured, pressured and threatened to accept the allegations. The officials were later released following the intervention of the Pakistan High Commission.
The statement said the Indian move was reprehensible, a violation of the Vienna Convention and diplomatic etiquette. The Pakistan High Commission did everything under international law and diplomatic etiquette.
Aisha Farooqui said that the Indian move was an attempt to curb the diplomatic activities of the Pakistan High Commission. These steps cannot divert attention from internal and external issues, nor can they cover up violations in occupied Kashmir.