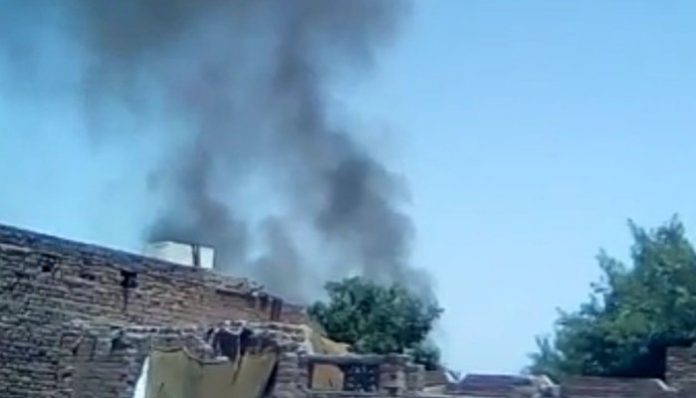 PESHAWAR: Two pilots martyred as training jet of the Pakistan Air Force (PAF) crashed at Bacha Khan International Airport in Peshawar here on Wednesday, private news channel reported.
According to the TV channel, the aircraft came down shortly after taking off.
“Pakistan Air Force reports with regret that a PAF FT-7PG trainer aircraft while recovering from a routine operational training mission crashed during landing at Peshawar air base. Rescue operation is in progress,” the air force said in a statement after the incident.
The PAF has not yet confirmed the death of the two pilots. It is believed that the plane crashed due to a technical fault.
An emergency was declared at the airport after the incident. The runway of the Bacha Khan Airport has been cleared after the incident.