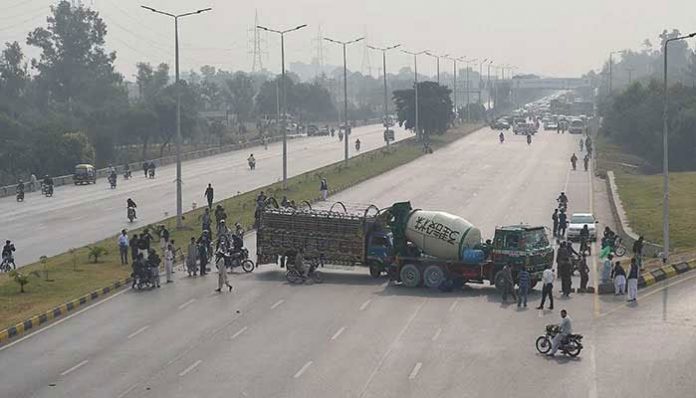 LAHORE: Two policemen were crushed to death and five others sustained injuries after protesters ran their vehicles over them in Lahore on Friday.

According to police, two cops breathed their last on Friday after being tortured by the protesters in Lahore.

“The martyred police constables were crushed to death by protesters who ran their vehicles over them,” they said adding that five policemen who sustained injuries in the attack have been shifted to hospital for medical treatment.

A spokesman for the operation’s wing identified the martyred cops as Ayub and Khalid and added that multiple cops have sustained injuries during an attack from the protesters.

“Those leading the protest attacked the cops with petrol bombs, and metal rods besides also vandalizing government property and causing damage to infrastructure,” they said.

Security in the twin cities has been placed on high alert with major highways, including the Murree Road, sealed with containers in an effort to deal with the TLP’s planned march from Lahore to Islamabad.