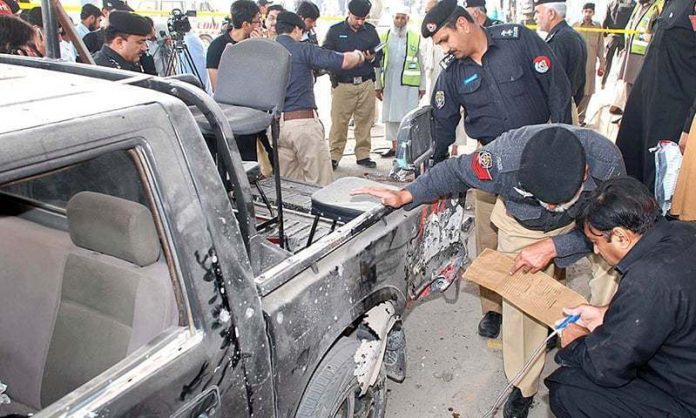 DERA ISMAIL KHAN: At least four people including two policemen were killed when unknown people opened fire at Thana Town police mobile at Mission Morr. Two police officials died on the spot as a result.
A worker nearby at petrol pump also suffered due to the firing as succumbed to injuries and died. A total of four people died due to the firing by unknown persons in Dera Ismail Khan.
ASI Rehmatullah and Constable Arshad were the two police officers who embraced shahadat while those injured were transferred to District Headquarters (DHQ) Hospital for medical treatment.