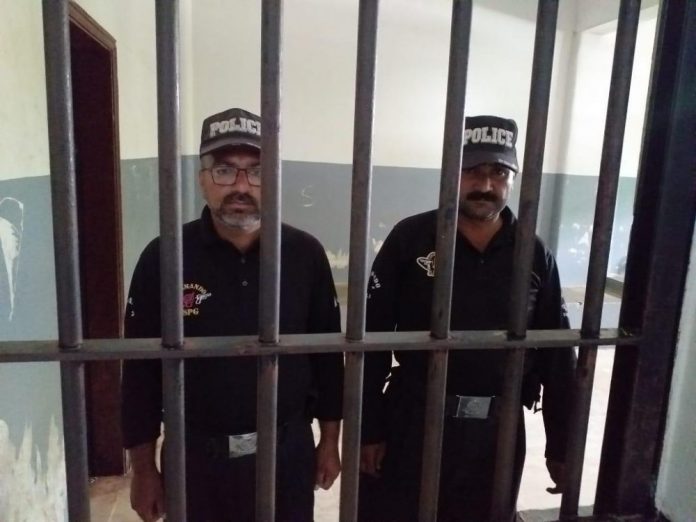 KARACHI: Two Karachi policemen were arrested on Thursday on the charges of harassing people and extorting money from them.
The suspects were deployed on Karachi’s Shaheed-e-Millat road. They were arrested after a video of them in which they were seen taking bribes went viral.
Karachi AIG Ghulam Nabi Memon has registered a case against the policemen at Bahadurabad police station.
If people are being harassed by any policemen then should contact the authorities on 03435142770, said Memon.
He even warned the policemen that negligence of duty or misuse of authority will not be tolerated, adding that departmental and legal action will be taken against the suspects.