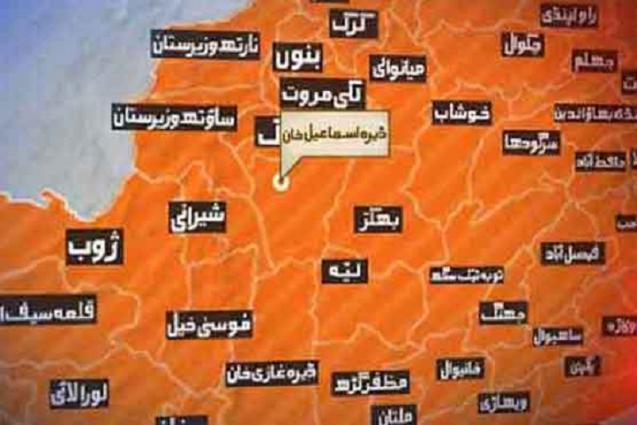 DERA ISMAIL KHAN: At least two police personnel were killed Friday when a bomb exploded near the vehicle of local senior police officer in Dera Ismail Khan.
The bomb, planted under a bridge in tehsil Kolachi of DI Khan district, targeted the vehicle of a deputy superintendent of police (DSP) as his convoy passed by.
Two police personnel were killed in the explosion.
The injured were taken to the District Headquarters Hospital in DI Khan, where doctors said they were out of danger.