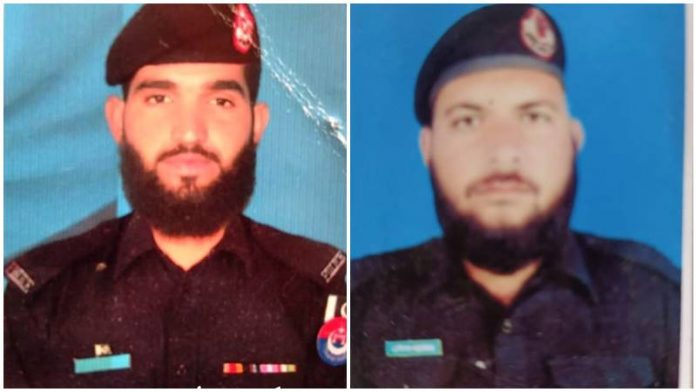 The bodies were moved to the district hospital.

The dead were identified as constable Lutfur Rehman and Zubair Khan.

The attackers also took the weapons of the dead constables with them.

There was no word on the responsibility of the attack.

The killing of the policemen is the latest in a string of gun and bomb attacks in different parts of the country in recent months.

Last week three children were killed alongside as many Pakistan Army soldiers in a suicide attack in Miranshah area of North Waziristan.

Earlier today, ISPR, in a statement, two most wanted terrorists, affiliated with the banned Tehreek-e-Taliban Pakistan, were killed in security forces operation in Boya area of North Waziristan District on Tuesday.

The Inter-Services Public Relations (ISPR) said that security forces and terrorists exchanged fire last night of May 16 and 17 in the area during which the two militants were killed.

During the operation, weapon and ammunition were also recovered from their possession.