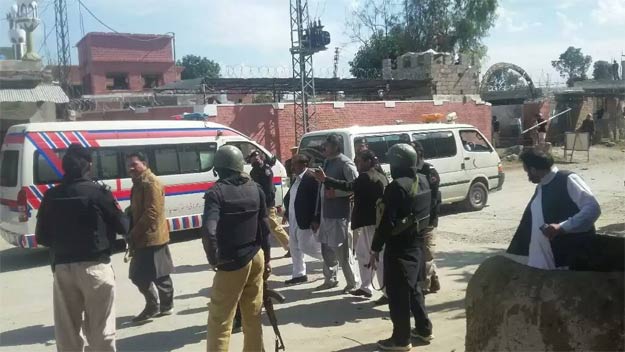 CHARSADDA: At least two policemen were martyred and another injured in a terrorists attack on police post in Charsadda on Saturday.

The terrorists escaped after the attack on the police post. The police conducted search operation in the area. However, no arrests were made till filing of this report. According to sources, one attacker was also injured in retaliatory firing of the police.