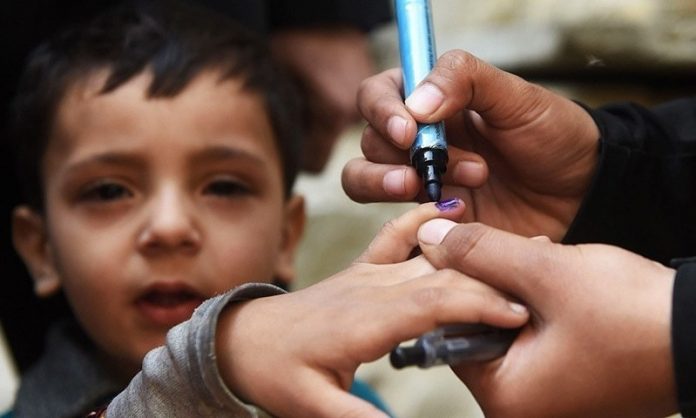 BANNU: A member of a polio-vaccination team and two police officers  guarding polio workers were shot dead in North Waziristan’s Datta Khel area on Tuesday when unidentified people opened fire on them.

The victims were busy with polio vaccinations when they came under attack,  said police adding adding that a child was also wounded during the incident after he was shot in the leg. He has been moved to the Miran Shah District Headquarter Hospital.

The assailants fled the scene, and no one claimed responsibility for the attack, said police adding the bodies of the slain policemen and polio worker had been transported to the Miranshah hospital. Police have started an operation to identify the culprits.

It is pertinent to mention here that Polio cases has become rampant in the North Waziristan. All the 10 children confirmed with wild polio as of June this year belong to North Waziristan, where more cases are expected following polio outbreak and high refusal rates and instances of finger-marking without vaccination during campaigns.

These cases emerged after a long gap of 21 months in Pakistan, indicating all the hard work and efforts that went into keeping it polio free for such a long time.